Rapid Prototyping is The Way to Make New Parts for Vehicles

Twenty years ago if someone told you that you could print new parts for your car out of a machine, you would probably have laughed at his face. Creating a new component for your vehicle our of scratch still sounds like something that happens in science fiction stories, but this technology is, and a lot of companies are using it right now. Just take a look at the work done by NASA with the Rover explorers; all these vehicles have been created using 3D printers and rapid prototyping techniques. As of this writing, the Rover has gone to mars and given us our first look at the red planet. The facts are out in the open: if 3D printed automotive parts work for NASA, they have a future in regular vehicles.

The automotive industry has been the one to take one step forward by updating their assembly lines and building mechanisms. Almost every car on the streets produced over the last four years have plastic components on them and a good portion of their built use resins to cast out parts on their chassis. We are still very far from building a car purely made of plastics, but the quick rate of conversion for pieces will have created one sooner rather than later. The rapid evolution of the manufacturing process has a reason, and we list some of them in the following lines.

More companies are offering rapid prototyping and 3D printing services than ever been in the world. Manufacturing is an industry worth $13.518 trillion worldwide as of 2018. That’s a hell of a lot of money, and as you can imagine, everyone wants a piece of that pie. Technology is the leading field of manufacturing, and a quick look at current world technologies is the clearest evidence we need of it. Name any of the countries in the G8, and probably all of them have their own manufacturing industries, but China reigns supreme above all of them.

Competitiveness is a great incentive for many companies to go above their call of duty to provide the services their clients need by doing what no one else can. The more money these companies earn, the more capital they pour in the development of new technologies to make their operations as centralized as possible to avoid sharing profits with third parties that can do what they can’t. The ongoing breakthroughs will keep this industry very dynamic for years to come.

· Increasing Demands From the Automotive Industry

3D printing and rapid prototyping technology were used mostly in the aeronautic industry, but it wasn’t long until other markets caught on the benefits of this tech and a massive demand for it became the norm. These days companies building smart cars such as Tesla embrace this technology because of its functionality and the sophistication that brings to their products. There are quite a few examples of the tech working wonders in almost every brand. It’s safe to say that nearly 80% of every vehicle in circulation that has been manufactured over the past five years is lined with plastic components that have enhanced their functionality. 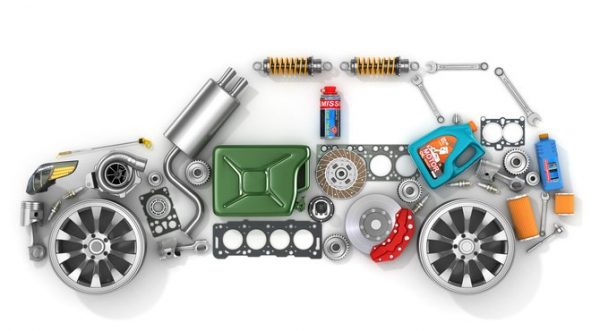 The Chinese Army and Their Relationship with 3D Printing Technology

One of the greatest fears shared by many armies in the world is how to deal with a technology they don’t understand. Almost a decade ago, Americans figured out a way to disrupt the functionality of regular handguns using magnetism. Since then everyone has been turning their heads to plastic resins and rapid prototyping to create new guns that remain unaffected by these type of attacks. The UK military and the US Marines have made significant advances in this field, but the Chinese Military gets the icing in the cake as they have improved their weapons system and their vehicles as well. It’s a scary thought, but if a war were to happen is difficult to make the call on who would be more powerful given their rate of adoption of new technologies.

As we turn our head on another automotive field, we will find that a lot of the big names in F1 have adopted rapid prototyping and 3D printing technology to make their vehicles more competitive, lighter and capable of earning a spot mostly dominated by a regular staple of banners such as Ferrari, Williams, and others. A printing lab named Picasso has joined the fray to create the first fully 3D printed race car for an independent team located in Bauman. This is just one of the many indications that rapid manufacturing will keep growing for a long time, and the best we can do for our sake is to welcome it with open arms.