A rocket named Electron was launched back in May of 2017 from New Zealand. It probably went past most people’s radar, but that was one of the peak moments of humanity’s race into space. A whole new era of space exploration just opened in front of us. For the people who are not in the know about the peculiarities of that launch, it was the first-ever space launch handled from a private site. It also was the first time a 3D printed rocket engine was used, and the details about it are coming out right now. 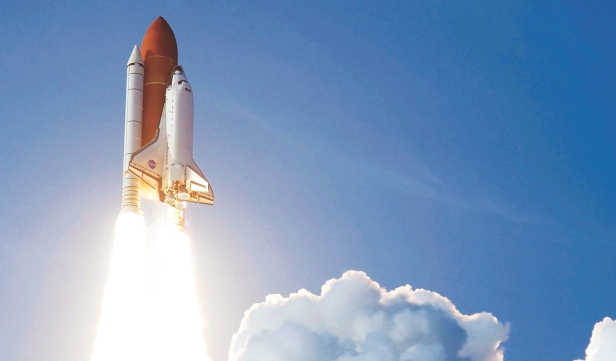 The news itself are fantastic for rapid prototyping services all around the world. The fact that the space industry is finally taking notice of the benefits of rapid prototyping, as well as 3D printing as an important manufacturing technique, is the real breakthrough here. RocketLab, the company behind the Electron says that they printed the engine according to specifications in 24 hours. They also did a thorough follow up to make sure the device was able to perform everything that it was supposed to do. Their test revealed levels of efficiency that worked as well as engines created using conventional means.

Sadly we still don’t have all the information we need. It’s not possible to get RocketLab to spill the beans on the type of raw materials used in the rocket as well as the 3D printed components used to make it work. We can only assume that most of them were designed to be as weightless as possible, without sacrificing structural performance. Again, this is purely speculation, but some of these components might have been optimized to handle a more efficient flow of fluids. This would give the rocket a powerful advantage of reduced weight. The number of possibilities will have designers wondering for a lot of time as more details keep unraveling.

Are Rapid Prototyping Services Ready to Take on the Space Industry?

The question is very broad, and it doesn’t have an easy answer. On one side, yes, exploring space suddenly got way easier IF you have the money for it. While it will take a while for NASA to acknowledge this technology, the fact is that the science to make it happen exists now. Rapid prototyping services can produce shapes of the most complex geometries. Additive manufacturing can handle the technologies needed to make them happen. Most of the issues centered on weight seem to be solved using this tech. Even with the issue of costs in front of us, there is the proven fact that everything done using rapid prototyping technology is way cheaper than anything created using traditional manufacturing methods.

3D printing technology and rapid prototyping can work to create structures that are small and structured enough to be functional. The large build of rockets could be replaced for something more practical. The processing costs of metals have always been one of the aspects that make space exploration so expensive. Rapid prototyping services could very well come up with new materials that are as durable as metal with twice the functionality. Little things such as a redesigned nozzle can enhance the mix of fuel inside an engine to improve its efficiency. It could also cover the surface area of a shield to even out any heat transfer. The possibilities are endless.

Putting the Technology at the Service of Space Exploration

Rapid prototyping and 3D printing can also make themselves helpful to reduce material waste in the manufacturing of space components. This is could also be a great dealbreaker since many of the components specialized for space are incredibly expensive and created using rare materials. Instead of going with many assembled parts, 3D printing can create a whole control system in a single go. RocketLab has shared with the NASA’s their plans to reduce the components used in one of their older rocket injectors. The outdated piece had 115 separate pieces. After using 3D printing, the number of parts was reduced to two. 3D printers can also create components in smaller runs and in accordance with the needs of the space industry without the need of expensive tools.

Some logistics would still need to be addressed with some planning such as the need for spare parts. Moving around in space is costly, even with such a cheap alternative at hand. The use of 3D printers in space could very well change all that if the astronauts are trained on using them properly. In the end, the benefits outweigh the obstacles. The future of humanity could be very bright if we decide to explore space using this technology. Once these setbacks are resolved, we could even use rapid prototyping services to build colonies in the corners where they set foot in the future.