The Advantages and Disadvantages of Rapid Prototyping

The development of products is always the same; it starts with an idea and ends in manufacturing. In between these two steps in designing, engineering, and prototyping phases, where the product designers and developers will test the product before it goes into production. The objective of prototyping is to make sure that the product is viable and fit the need of the customers. Whenever there is an error, the design is tweaked and iterated.

Here is an in-depth look at the advantages and disadvantages of rapid prototyping.

The most apparent benefit of rapid prototyping is speed. After the part or product is produced, you can have the part design, shipped, and tested in a reduced timeframe. It allows the developers to determine if this part meets the needs of the consumer or not.

If the part did not meet the requirements, then it will have to under modification and iterations until it satisfies the requirements. If the prototype meets the needs, then the work is done. Another advantage if rapid prototyping is cost. It is cheaper compared to other forms of prototyping. Because you are dealing with low volume manufacturing, there is not much production investment as in the final production phase.

Even if it is cheaper, you can still perform the necessary testing while making sure that the prototype is as effective. This minimizes financial risk, keeping the budget under budget, while the savings go to another aspect of the project. 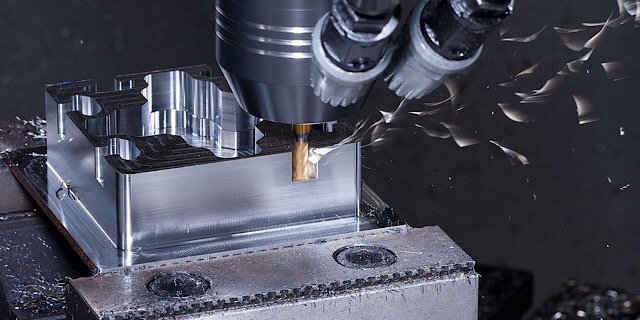 Converts design ideas into a model

Rapid prototyping is used by manufacturers and professionals to convert the 3D ideas into physical form. With a physical representation of the concept, you can have an idea of the overall design and properties of the product.

If you want cost and time efficiency, while manufacturing the products in a large amount, you will need rapid prototyping. Using 3D printing or additive manufacturing with CAD software, it will produce only the number of products required while being true to the design. This method is quick and cost-effective.

Rapid prototyping reduces costly design flaws. Another of its benefits is the multiple feedback on the prototype. With the CAD software, you can make design modifications based on the input of the customers.

This often leads to the low-quality design making it to the prototyping phase when a thorough quality control should have done in the design phase. In a small-scale production, the cost of this design failure would be negligible. But in a more complex output like a more complicated project that would take months to complete, where one or two parts are ineffective, the bottom line would have to suffer because of rapid prototyping.

Rapid prototyping technology can also limit options. While there is a wide array of manufacturing techniques that you can employ, there are also limitations. One of which is the inability to rapidly create a prototype with many moving parts that would interlock and function together. Because of these, complicated projects should not use rapid prototyping as their method. Simple parts and designs, however, are perfect for the process.

When a company is deciding whether to engage in rapid prototyping, the decision depends on the needs of the business. Some companies may find rapid prototyping as a failure than they hope to gain in time and cost savings if they do not play the cards well. However, most manufacturers find the rapid prototyping process and its technologies more to their advantage. They can further save money if they outsource the process to many companies who are offering rapid prototyping services.