The Evolution of CNC Machining China

The CNC machine is a machine set of mechanical, electronic, communication sets of systems, pneumatic, and micro-electric, working together and use high precision, flexible, automated, and efficient to produce sophisticated parts, equipment, and devices that were not possible in the past. CNC machining in China has improved a lot. 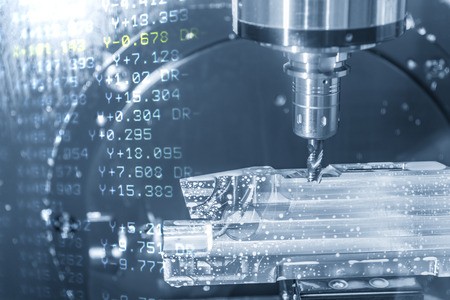 When the CNC system was introduced, the required cuts are programmed into the software and dictated to machinery and tools, which do the dimensional tasks as needed, just like a robot. The code generator in the numerical system in CNC programming, the mechanisms are seamless, despite the likelihood of getting some errors, which is higher when a CNC machine moved to cut into different directions simultaneously.

Programs are entered through punch cards using a numerical control machine. The programs for CNC machines are input to computers using the small keyboards. CNC programming is saved in a computer’s memory.  The code is edited and written by programmers. Thus, CNC systems provide more expansive computational capacity. The methods are not static, as newer prompts may be added to the existing programs via revised code.

The frequently used machines in the CNC systems are as follows:

CNC mills can run on programs that include numbers and letter-based prompts that direct pieces on various distances. The programming used for a mill machine might be based on G-code or some other language designed by a manufacturing team. The basic mills have a three-axis system (X, Y, and Z), the newer mills can take in three more axes.

The material is cut using a plasma torch. It is applied to metal materials but also used on several surfaces. Plasma is produced via a combination of electrical arcs and compressed-air gas to deliver the speed and heat required to cut metal.

If you use lathe machines, the metals are cut in a circular path using indexable tools. With the help of CNC technology, the cuts using lathes are done with high velocity and precision. Use CNC lathes to produce sophisticated designs that are not possible using a machine that is manually run. As a whole, the control functions of CNC operate lathes and mills are the same. The lathes can handle by G-code or distinct proprietary code. But, most CNC lathes include only two axes – X and Z.

The primary advantage of CNC machining in China is that it will save you a significant amount of money. Also, it will allow the operators to take advantage of the raw materials utilized by reducing waste. The CNC machining increases accuracy, which reduces waste and losses and boost profits.