How Can Rapid Prototype Company Provide Technical For Your New Products?

As part of the design process, different products are generated in different phases such as wireframe, mockup, and prototypes. Each of these products has a different purpose and depending on the project, the timeframe and the budget it is possible that not all products can be generated.

It should be noted that all these products that are created in the design process are not only done once per project and can differentiate between quality levels. A clear example is the wireframes on paper that can be created quickly, but once a decision is reached on the wireframe, it must be transferred to a digital format that already considers exact measurements.

Each of the products generated not only has a purpose within the design process but has different benefits. In this article, we will focus on the main benefits of prototypes. At the end of this article, you will understand why prototypes can be necessary tools in any design project. 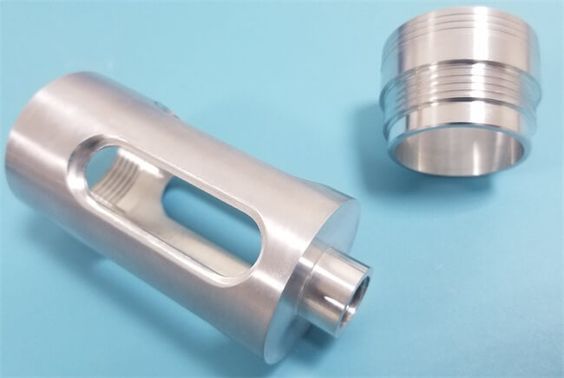 When a company makes a prototype it is to visualize how that product will finally be. The speed to reach the market with new products, the efficiency in the launch, the constant change in designs are key factors.

From now on and with the help of rapid prototyping companies, you can analyze it as a physical product in record time.

For a better verification of your design, evaluate the concept you pursue, its ergonomics.

Thanks to the services offered by a rapid prototyping company you can make modifications, show it to your entire team, even teach it to your clients, in fairs, exhibitions or presentations so that your new product meets all your expectations.

Here are some of the other advantages that a rapid prototyping company can offer you.

Use The Time Of The Project To The Fullest

In general, the prototype is usually the last product generated in the final phases of the design process where not only the design but also the interactivity is evaluated. However, in some cases, a prototype can be created quickly that expresses the concept developed in the other phases of the design process. This not only allows the client to have an approximate idea of the final design, but also saves resources and time, so in certain projects, it may be necessary to resort to this type of prototype.

Whatever the prototype you have designed for your project, it prevents you from wasting time. In the case of rapid prototypes, they are also often used in the early stages of the process, only to verify if the design is going in the right direction. In these cases, you still do not have an idea about details of the design such as colors or typography, so it can be done using only grays. It could be compared with a frame in terms of the minimum details that are included since only a kind of design layout is required.

Detects Problems Before Launching The Final Version Of The Product

Before launching the final product, you can test and verify how the design looks on different devices with a prototype. Thanks to the prototype, you can detect errors, whether they are failures in terms of interactivity or the usability of the application itself.

While testing can be done among team members and it is likely that to some extent, only team members have access to this beta version of the application or web, it is highly recommended that the prototypes be released as a beta version or perform a closed test with a group of users that are part of the target audience. This type of evidence could reveal much more useful information than you thought and even errors that you had not noticed could be detected by users. Also, changes or addition of functions that could greatly improve the user experience can be suggested.

As we mentioned in the previous point, the prototypes allow to detect errors. After the same team members or users find faults, you must change them and perform tests again to verify that everything works correctly this time. That is, prototypes are useful for testing, detecting errors and correcting them.
But you will not only have to correct errors. If you have the opportunity to launch a beta version to a certain number of users, it is likely that other errors that you had not considered, which may not have to do with interactivity, but with the user experience, will be detected. Who better than people who are part of the target audience to suggest functions or comment what is missing from your application or web design? Once you have at your fingertips suggestions and comments from users you can use it to take your application to the next level.