Reasons Why CNC Machining is Suitable for Your Prototype Production

In the modern production world, CNC machining is slowly becoming one of the most popular techniques amongst designers and engineers when it comes to the manufacture of prototypes. It has completely taken over the conventional process, prototype machining is just a simple and straightforward process; it’s just using computers to create a working and functional prototypes.

In the ’90s, engineers mostly used to operate center lathes, vertical lathes, shaping machines, and operating routes when it came to the creation of prototypes. There are plenty of advantages that come with using the CNC machining technique when it comes to making prototypes; one of the key advantages is that the prototypes will be completely autonomous which has replaced manual operators.

The autonomous bit of it has made the machining process a hit with manufacturers, especially when it came to the making of functional prototypes. Prototype machining will provide you with the best options as well as expedite production, allowing a precise and efficient manufacturing process.

Before commencement of full production, there are some qualities and specifications that you need before mass production begins allowing you to create a prototype that is similar to the working prototype.

Some of the industrial sectors that use prototype CNC prototyping machining include hospitality, dental, agriculture, automotive, construction, firearm, electronics, military, metalwork, and hospitality just to mention a few. 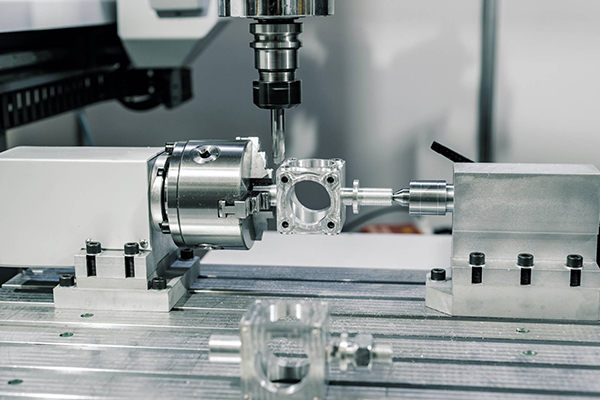 CNC machining is mostly referred to as computer numerical control, in common terms it’s a process used by manufacturers to create machined parts and prototype items. The equipment or machines used in this prototyping is known as CNC machines.

These machines normally use a computer numerical control rather than the old machining tools such as mills, lathes, grinders, and routers. The prototyping machines use special software known as G-code.

G-code is normally a machining language that provides precise control especially when it comes to specialized features such as feed rate, speed, coordination, and location. The specialized software has the ability of monitoring and controlling the prototyping machines.

A single operator will need to operate and monitor every little detail, this is much more beneficial and superior as producers will not incur huge labor costs allowing them to reap huge benefits of scale.

When thinking about creating prototypes, there is only one technique that comes to mind and that is CNC machining is the only go-to production technique that will enable both clients and producers to wholly see the design product as well as gauge its viability before the commencement of mass production.