The Future of CNC Machining Services

Computer numerical control (CNC) has helped revolutionize design and manufacturing industry tremendously since it was first introduced in the 1960s. Since automation and high-precision are the critical advantages of CNC, it has changed the way parts are designed and made. With such exponential growth, many are thinking, what does the future hold for CNC technology?

Leaders in the manufacturing industry have questioned if the current programming of CNC machining services will still be available in the future.  Or something new will emerge and replace the CNC machines. One prediction is that the human programmers will be less in demand in the future because the machining process is knowledge-based, highly adaptive, and closed-looped. And the feature recognition is becoming more progressive each day. If CNC machining went in this direction, there would be a drastic change in the programmer-oriented field.

The concept of CNC has limited the functions of CNC programs to the control of the machines that form part of the manufacturing process. However, through time, manufacturers have moved towards centralized systems that manage the resources and tracks the productivity of the machines. One example of this system is the Enterprise Resources Planning software.

Another development that manufacturers are adopting is an interconnected system that will simplify the CNC machines and integrate it with other procedures and machines. Enter robotics. Typically, the CNC machine and robots are paired on the shop floor. The CNC machines in charge of processing the raw materials while the robots are moving and packing the produced parts.

In the future, CNC developers, machine designers, and robot manufacturers can create a straightforward programming language to have a better interaction between the robots and the CNC machines. Recent development includes an interface that enables the CNC operator to control in a single panel both the robots and the CNC machines. With more collaborations, the goal towards a more progressive CNC and elevating its efficiency will not be far-fetch.

The machine and tool industry will not be left behind when digitalization sets in. In fact, when the real and digital world is linked, it can open significant possibilities. As a result, it will boost productivity and develop fresh business models.

Involved in digitalization is the massive collection of data on temperatures, forces, and vibrations. These data will then go to the cloud for processing, analysis and transforms them into a working replica. When you have more data, it can create a more accurate virtual twin. The virtual twin will be able to provide a more precise and real simulation. The design engineers will use the results of the simulation to plan the machining process, maximizing the machine’s accuracy and efficiency, and producing parts with less waste. 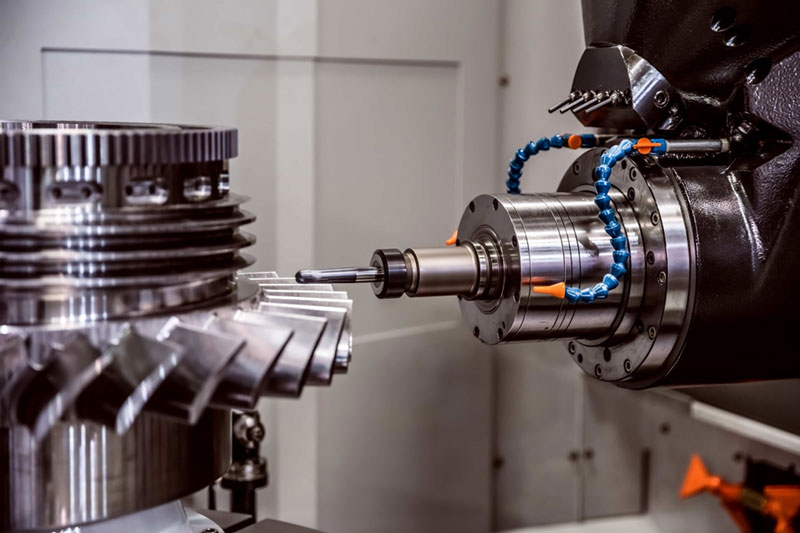 Years ago, we never thought that 3D printing is possible, but now it has become one of the most popular processes replacing the traditional manufacturing methods. It is also called additive manufacturing because it makes layers of materials to create a part with the aid of computer numerical control. The result is a part with precision and accuracy. These 3D printers are readily accessible and reasonably priced even individuals can do personal manufacturing in their homes. And in the future, it can print sophisticated multi-materials, it can also print an aircraft’s large parts.

As for the technology behind CNC, many CNC machines have decreased their prices and are becoming more accessible to the public. In addition to lowering their costs, CNC machines are also simpler to use. You don’t have to be a genius to assemble and use the CNC plasma cutter, lathe, and mill.

Just like personal desktop computers, laptops, and mobile phones, CNC machines have also become smaller. They are getting more compact, which also makes it easier to store. Hence, more people are equipping their garage and workshops with CNC machines. A trend that will likely to continue as the machines are being designed more for customization.

CNC has changed the manufacturing process worldwide that paved the way for mass production of products and parts. There are still many unexplored and vital CNC advancements that will alter the progress of the industries in the future. Despite those changes that are occurring in many industries, there is a bright future for CNC machining services. Any piece of technology can make our lives easier. Don’t be surprised if the next great inventor will achieve success right in the middle of his or her living room using only the CNC machine.