In the production sector, technological advancements happen almost daily as innovators look on ways to cut down on production costs while maximizing the output. Well, what if I told you the chassis of your favorite car was made using heated rays, you wouldn’t believe me right? But, that’s the truth.

Well, laser technology is used in a wide variety of production processes such as work on metal parts, mold, and shape using a high degree of precision and accuracy. For years lasers have been used to cut through tough metal and diamonds.

The laser cutting technology is also used in multiple technologies such as printers, scanners, internet signals, telecommunication systems just to mention a few. In simple terms, the basic working of laser rays is raising the temperature using a steady ray of light till it’s extremely hot to do whatever you may want.

In this post, we are going to briefly look at how laser cutting tech is used in sheet metal. So, let’s get to it! 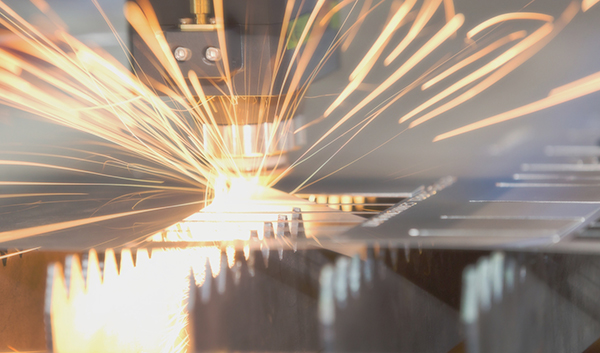 How Is Laser Cutting Used In Sheet Metal Manufacturing?

In sheet metal, laser cutting plays a vital role in many industrial sectors. The extremely hot beams of light can vaporize, cut, and melt all types of metals.

They are a useful precision tool as it allows the operator to easily control the cutting depth as well as the intensity of the laser, the entire operation of the laser cutting is thermal control of light beam which can be easily manipulated in a controlled setting or environment.

One of the most widely used techniques of the laser cutting tech is engraving words, numbers, or symbols onto metal pieces.

So, What Might Be The Science Behind Laser Cutting?

The laser cutting used on sheet metal production uses CAD systems that manipulate either a six-axis robot for 3D cutting or a six-axis flat-bed system. The whole process is autonomous with minimal human input

The accuracy and precision rate of the tool is next to perfection nut the calculations behind it can be a little bit tricky. The science of laser cutting is not complex, in laser cutting machines; a beam is projected from a source from a resonator through a beam path.

The beam is in turn projected as high-intensity light on a single wavelength, the beams bounce off different directions through the beam benders. The beam benders are a series of mirrors that maintains the temperature of projection as well as enhancing the visibility of the lasers.

As the lasers pass through the benders, it focuses on the sheet metal being worked on. The beam must first pass through a nozzle before coming into contact with the metal sheet. The delivery of the beams is done by compressed gas.

A majority of manufacturers use oxygen while some may opt for nitrogen depending on their production needs and preference. The beam that grows through the nozzle assist the nozzle to cut or melt metals.

Alternatively, the laser beam can also be focused on cured mirrors positioned in the cutting head. This is mostly done for small scale details or customized production. Other CNC laser cutters move the head cutter or sheet metals creating specific designs and shapes.

When it comes to sheet metal manufacturing distance is very important, the miscalculation of details can produce defective parts.